Where to with History?

The Dreams of Others 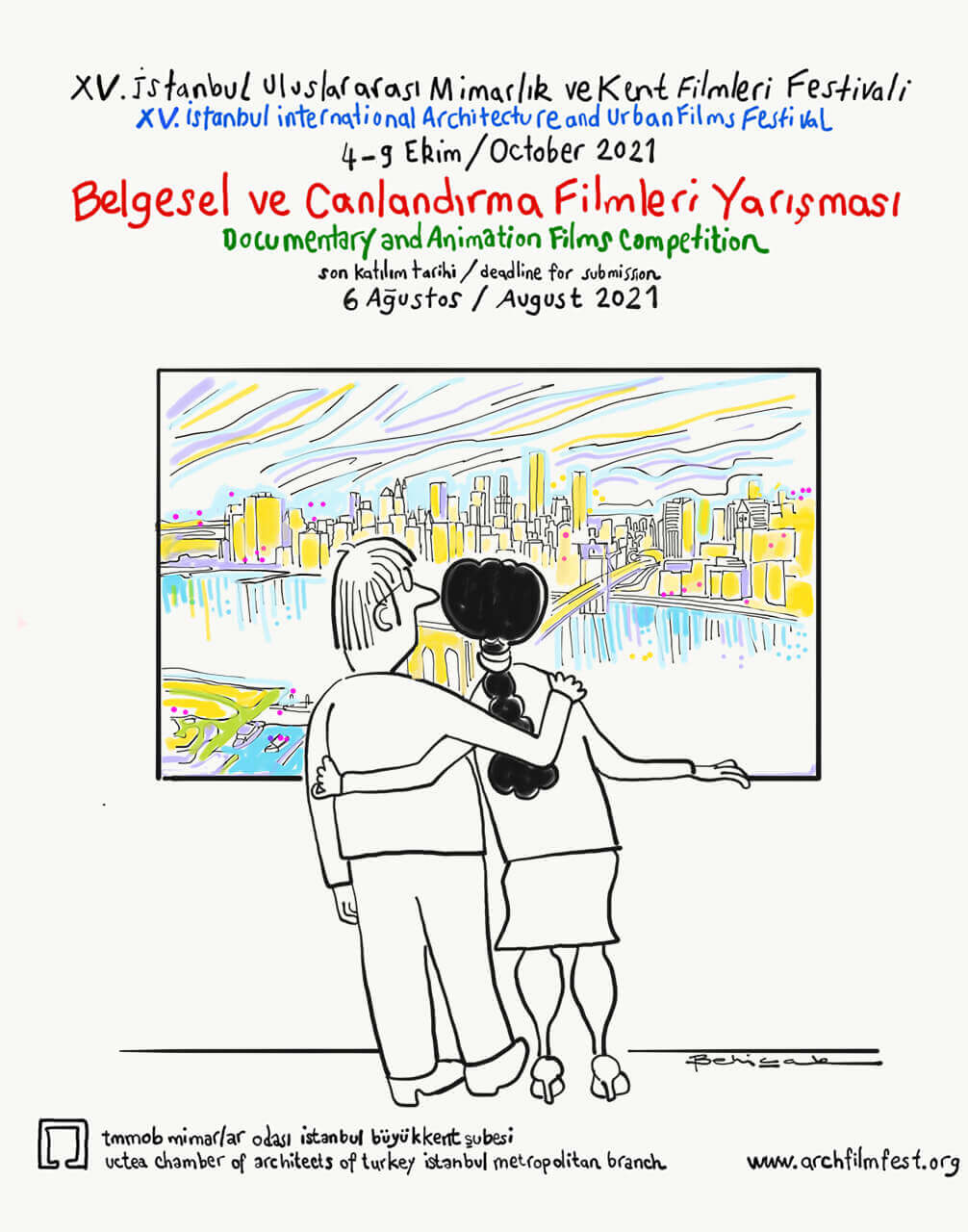 World Architecture Day is celebrated by around 1.400.000 architects all around the world on the first Monday of October each year, with a common theme chosen by the UIA (International Union of Architects). The Union of Architects shares the chosen theme with people from all walks of life, as it does with architects.

Since 2005, Chamber of Architects of Turkey Istanbul Metropolitan Branch has been carrying out a series of events under the name of “Architecture and Urban Festival” on the occasion of the World Architecture Day. As part of these series of events, Istanbul International Architecture and Urban Film Festival, which was born in 2007 out of the responsibility and awareness of protecting the past, the present and the values we have and transferring them to the future, raises its curtain to meet with the audience for the 15th time.

As the Chamber of Architects Istanbul Metropolitan Branch, we intend the science, urbanism principles, universally acknowledged legal values and norms to be implemented in both architecture and urbanization processes, and make effort for them to be secured. Due to the liberal economic policies that have increased in recent years, even the most basic right to housing has sadly turned into a commodity. These problems are faced all around the world. We know that cinema is one of the powerful ways to express these common problems. We wanted this situation that we’re all facing, which contradicts the professional ethics, to meet with the rightful owner – the society. Every place has a different culture, architecture and lifestyle. Although the narratives differ from each other, when it comes to nature and people, the problems are common. Our aim in organizing an architecture and urban film festival is not to lecture, but to honor our obligations as an institution, using the power of images.

The number of film applications which was around 50 – 100 in the beginning exceeded 1000 and the number of films that made it to the finals and screened in the competition reached beyond 500. Currently, filmmakers applying to our film festival in documentary and animation categories from about 90 countries contribute to this common culture.

The entire festival is held with no sponsor support, but with the own resources of the Chamber of Architects and in an amateur spirit and solidarity. In this sense, we are a completely independent and free festival.

Our festival hosts an archive of over 500 films. The fact that the Chamber of Architects is a place to apply for all researchers working and / or studying on architecture and urban-related subjects makes this archive priceless.

Our festival journey, which began in 2007, has come a long way, facing full of struggles. We respectfully commemorate the dearly departed Architect Sami Yılmaztürk, whom we lost in 2017, one of the former presidents of the Chamber of Architects Istanbul Metropolitan Branch, whose helping hand we always felt on our shoulders during tough times, and all our friends who has walked beside us and supported our festival.

Since its foundation in 1954, the Chamber of Architects has been working intensively in the development of the architectural culture, preserving the historical heritage and improving the quality of life. Starting from 2007 it has organized “Istanbul International Architecture and Urban Films Festival”. The aim of the event is to ensure the effective participation of every sector interested in this field, especially the architects.

“In the scope of the “Istanbul International Architecture and Urban Films Festival” an international prize competition is organized.

The festival intends to support the produced films and encourage new productions focusing on the field of “architecture and urban”, as well as have acclaimed films in that field meet the audience.

The festival features the categories of documentaries and animations All or some of the candidate films, domestic and foreign, which pass the preliminary selection stage will be included in the screening schedule and a competition will be held among those films.

Due to the Covid-19 pandemic, the festival will be held online this year as well. The selected films will be directed to YouTube from the web page of Chamber of Architects, and will be accessible for only 24 hours. Due to large size of the Chamber’s member network, there will be no encryption. With their participation directors and producers are deemed to have accepted this condition.

A selected film in the national category will be rewarded with the Special Jury Prize in Memory of Sami Yılmaztürk, one of the former directors of Chamber of Architects İstanbul Branch, devoted his professional life to the Chamber, and made great efforts to the Festival, and unfortunately passed away in 2018.

5003 films from 90 countries were applied to our festival in 14 years. As a result of the jury's evaluation, 508 films of 661 directors in the Documentary and Animation categories were found worthy of screening within the scope of our festival, and a total of 77 films were awarded.

Within the scope of our festival, 50 films were screened privately and presented to the audience.

An excellent festival. When I was in the military, I learned that I received the Sami Yılmaztürk Special Jury Award. Despite this, the communication and smooth progress they have established with my teammates is admirable. I hope we will meet again in a tomorrow away from the pandemic, at a festival where everyone is involved. See you again with my new project 🙂

A very lovely festival! Thank you for giving me the possibility to come to Istanbul, to be part of the festival and for the beautiful award i got! Many thanks also to all the wonderful people involved in the festival. It was amazing!

This is the premier international festival for architectural films run by a great team of people who are excellent communicators all through the process. We're delighted to have been part of the festival.

A great festival, great communication! Thanks a lot for showing Stalking Chernobyl - Exploration After Apocalypse!

This is a really great festival. Unfortunately, due to the Covid-situation, the festival took place online this year; however, the high quality of the festival, the films, the discussions and the work of the jury could clearly be sensed, and throughout the process, communications were swift and very friendly. I can really recommend the festival.

Being part of the XII edition of Istanbul International Architecture and Urban Films Festival with my documentary ``Walking on water`` has been such an honor and a pleasure! I'm looking forward to have my next film ready to apply again!